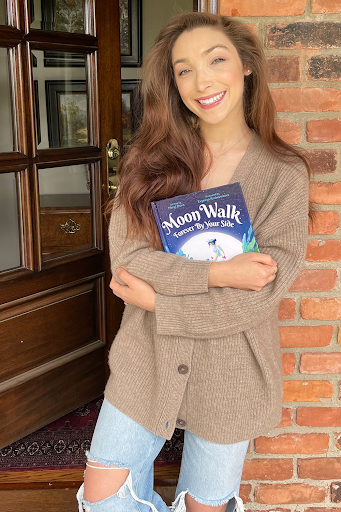 “I learned how I learned and how my brain worked. It helped me adjust and compensate for my differences…. It opened me up to problem solving, seeing things differently, and how I can help myself overcome things.” —Olympian Meryl Davis on her dyslexia

Even before she won Olympic gold in 2014, Meryl Davis knew the importance of advocating for herself and others. A competitive skater and ice dancer since age 5, Davis has used both her public presence and her community dedication to help young people achieve their goals.

As part of Women's History Month this year, Siena is honoring Davis for her successes in inspiring women and girls both on and off the ice, in part through her perseverance in adjusting to her own learning differences.

Davis’s dyslexia diagnosis came in 3rd grade. At first, she felt less-than and inadequate, and she eventually figured out how to learn in her own way, finishing high school as a member of the National Honor Society. She attended the University of Michigan, majoring in Cultural Anthropology (Class of 2020) while also training full-time on the ice rink.

Davis also lacks depth perception and has trouble seeing out of her right eye, which was another adjustment she made successfully. As she did in the classroom, Davis developed accommodations for her vision issues on the ice, such as by memorizing markings on the ice to situate herself when skating and trusting her partner to stay safe and avoid collisions with other skaters.

A profile from the Yale Center for Dyslexia and Creativity quotes Davis on her professional path: “With skating I could feel it more than see it.” Moreover, “I fell in love with it because it made sense to me, partly because I see things differently. I learned to enjoy it, worry free, in terms of moving with the music. It’s been a really beautiful part of my life.”

At the 2014 Winter Olympics in Sochi, Russia, Davis and her partner Charlie White became the first American team to win the gold medal in ice dancing. Davis and White had won medals in other competitions since 2006, and their Olympic victory capped their great run as skating partners. In 2020, they were named to the U.S. Figure Skating Hall of Fame. Learn more here about Davis’s accomplishments on the ice.

Since winning Olympic gold, Davis has been dedicated to supporting young people and advocating for access to figure skating, education, and social–emotional wellness—particularly in underserved communities. Among her post-Olympics accomplishments are:

“Patience with oneself is the key to learning how to be your best self in any case. Just because things come differently to you doesn’t make you any less. You have to rely on the people who are there for you.” —Olympian Meryl Davis on using available supports

See Siena’s blog for related material on successful women, including a spotlight on astrophysicist Maggie Aderin-Pocock from Women’s History Month 2021 and one on poet and activist Amanda Gorman from Black History Month 2022.