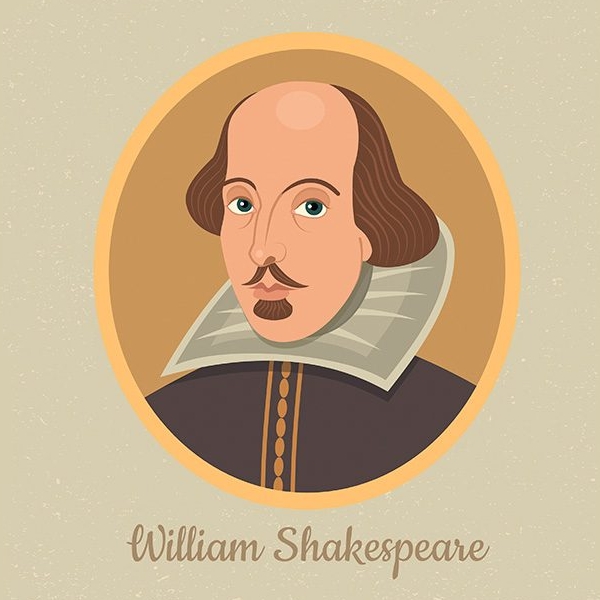 April 23rd is William Shakespeare's birthday.  I think of him every year on his special day, and make it a point to honor him in my theatre classes. I haven’t always been a fan though. In fact, my initial foray into the Shakespearean world left me frustrated.

The first time I memorized a Shakespeare monologue was in my junior year of high school. It certainly wasn't by choice, but it was a requirement for most of my college auditions to be a theatre major.  My acting coach asked me to prepare a piece from Troilus and Cressida.  I read through it several times and had absolutely no idea what in the world Shakespeare was talking about.  Assuming no one else did either, I memorized it word for word and didn't give it a second thought.  When I performed the piece for my acting coach, I put on my best standard English accent, tried to sound romantic and dramatic at the same time, and waited for her to tell me what an outstanding job I had done.  To say that she was unimpressed would be a gross understatement.  "Who is Cressida?  What does Cressida want?  Do you have any idea what is going on in this monologue?!"  I felt my entire body get hot with embarrassment.  It had never occurred to me until that very moment that anyone actually understood, let alone cared about what Shakespeare was saying.

My coach knew I needed major help, and we spent the rest of the hour combing through the text; color coding emotions, defining words using a copy of a Shakespeare dictionary and rewriting the text into my own words.  Through this analysis, I discovered that Cressida was a young girl (like me) who liked a boy but didn't want her true feelings to be known.  A scenario that was easy for me to imagine at the time.  I re-read the monologue and felt as if I were reading it for the first time.  It was akin to suddenly being fluent in a new language.  Not only did I understand the monologue, but I actually related to it.  I felt like I was in on a secret!  This feeling of excitement would happen again and again throughout college as I read and performed Shakespeare. 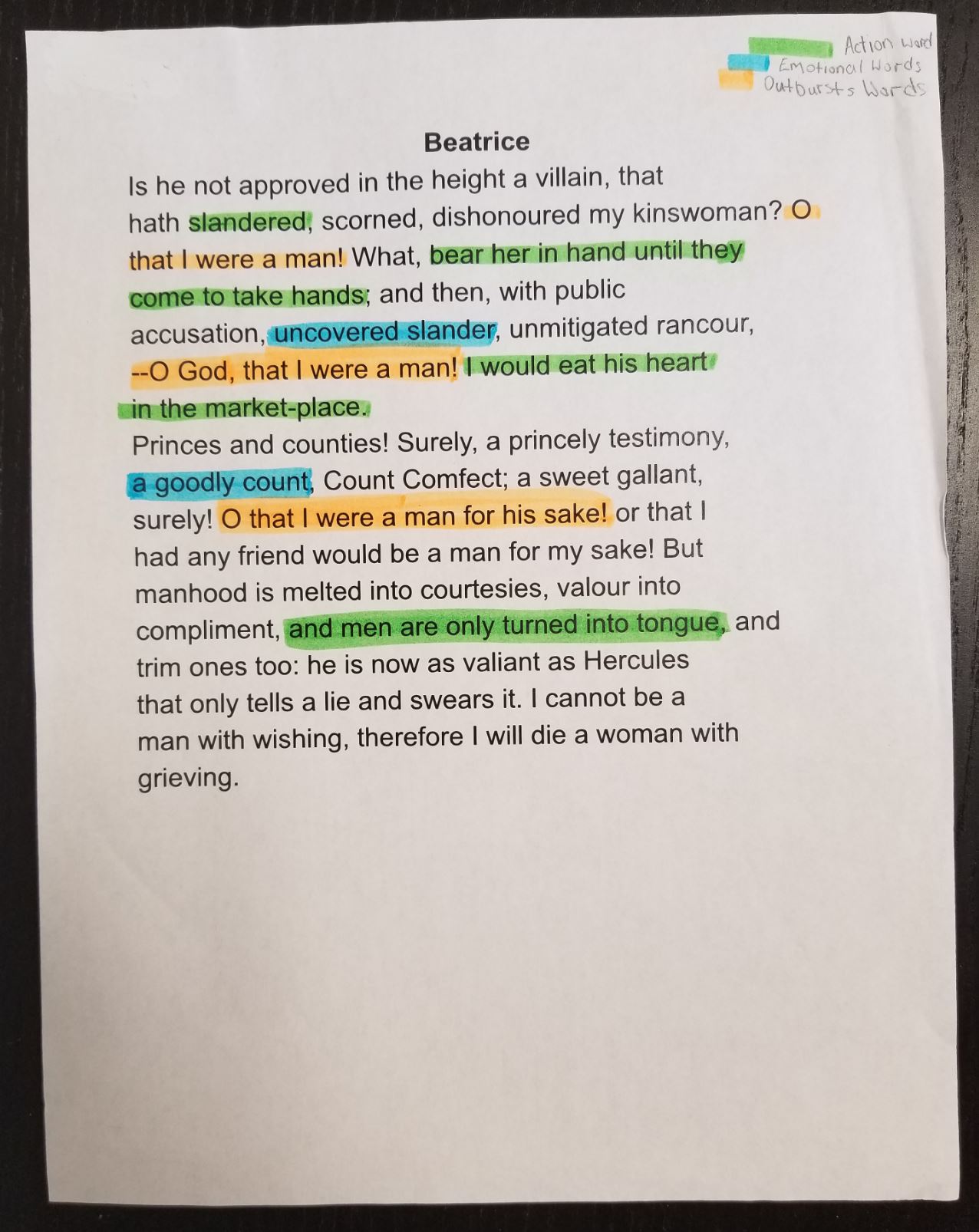 Today I have the honor of working with students on Shakespeare performances in my classes.  I'm usually met with groans when I announce that the Shakespeare unit is coming up, but by the end of it, most of them seem to have a new appreciation for his work.  Together we mark up scripts highlighting action words in green, emotional words in blue, and outbursts in red.  We discuss how we are alike and different from the characters that we are studying.  Many of the themes used by Shakespeare are timeless.  We find humor in scenes that once seemed purely serious.  Watching students connect to his writing and gain the feeling that they are now in on the secret brings me tremendous joy.  Once you delve into the complicated language of Shakespeare, you will find stories of greed, love, loss and various other emotions that are innately human.  This is one of the many reasons that he is still relevant centuries later for a new generation to discover and appreciate.

Workshops on Shakespeare’s plays are presented to our middle school students by IMPERIAL Presents Theatrical Production Services, who helps bring Shakespeare’s writing to life by relating to current events, reenacting scenes, and learning how to sword fight on stage. Students also visit the Folger Shakespeare Theater for workshops, tours, and matinees.  The Folger hosts student festivals where children have an opportunity to perform and read their own Shakespeare inspired work. They also have free family programming for a full day of celebration in honor of Shakespeare's birthday.  Be sure to mark your calendars to take part in this annual event.  On April 23rd, consider bringing your favorite thespian a cupcake in the name of William Shakespeare!  Happy 455th birthday to the Bard of Avon.

Posted in Teacher Resources
Jacques Williams says:
Very interesting and insightful. I am reminded of my HS sophomore year Christmas break. We had been tasked by one of the nuns who taught our English class to research and write a paper on Macbeth complete with index cards to document our sources. I spent most of a week in the reference rooms of West Virginia University's main library reading and rereading passages of Macbeth AND what scholars had to say about Macbeth. It was a really good experience. I think I still have my paper somewhere!. I still have a bit of sympathy for the eponymous character. I was lucky in that my parents had gifted me with my own complete set of Shakespeare's works. I remember some thirty years later one of my daughters was going to perform in a local company's production of Romeo and Juliet. When she asked if she could borrow the book from my set it was kind of neat to loan her one of the books her grandparents had given me a generation earlier. I think she still likes Shakespeare to this day!
Connie RR says:
We have always celebrated Shakespeare in our family. A terrific day. What delightful stories you included here. Thank you.
Quick Links