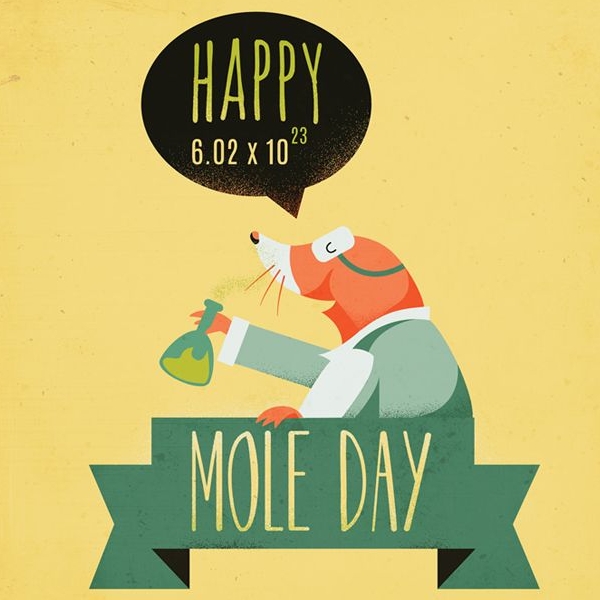 Written by David Bonner, Science Enthusiast and Teacher at The Siena School
Although you won’t find Mole Day on the national holiday list, scientists across the nation celebrate this day. It begins at 6:02am on the 23rd of October. To celebrate, scientists recite the mole pledge of allegiance and share jokes!

Even though Mole Day sounds like fun and games, it actually represents a significant scientific advancement made by scientist Amedeo Avogadro. Avogadro’s discovery of the mole (not the animal) has allowed us to discover the universe more fully. Carl Sagan, American astronomer and scientist, famously said, "If you want to make an apple pie from scratch, you must first create the universe." The difficulty with THAT of course, is that the universe we find ourselves in is not uniform. Different parts of the universe have different densities. Some parts are apples, some are oranges. In our quest for the ultimate cosmic strudel, we need a common unit to compare unlike elements. This universal unit is called the mole, which describes the amount of substance for anything in the pantry. It's equal to about 6.02x10^23 pieces of that ingredient (yes, that's a HUGE number). This number is actually called Avogadro’s Number, which helps chemists measure the mass of elements that they work with in the lab. I won't bore you with the details, but the mole is a concept which regularly prevents Chemistry teachers (and students) from blowing up their lab when performing experiments! It helps us figure out recipes for everything.

So, moles are kind of a big deal. And today, October 23rd, is International Mole Day. Happy Mole Day everybody! Find out more information about Mole Day! Each Mole Day has a theme… this year’s theme is Moley Potter! Check out Mole Day themes from past years.